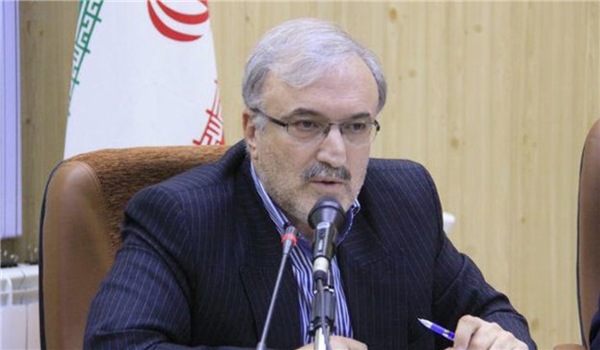 “The highly-infected regions and a city like Qom (as the epicentre of the disease in Iran) are under strict control and the number of patients discharged (from hospitals) has increased,” Namaki said on the sidelines of a meeting with the Iranian Army Deputy Commander Rear Admiral Habibollah Sayyari in Tehran on Tuesday.

He called on people in Qom city and other high-risk cities not to leave their homes as long as possible to avoid quarantine conditions, and said, “We will be able to defeat corona(virus) like other cases soon.”

Namaki also said that the health ministry will use the Army’s medical staff if the need arises.

The Iranian Health Ministry that is the top authority enforcing emergency rules in the national campaign against coronavirus epidemic continues a strict practice of the protocols after closing down most community gatherings, schools, universities, art and sports events, fairs and exhibitions, and now political meetings.

Iran’s Assembly of Experts - that came to know seven new members after its mid-term election on Friday - announced on Tuesday that it will not hold its 8th official meeting which was due to be held on March 3-4 for the fear of infection of its members with coronavirus, adding that it has been postponed to an unspecified date in future.

Also, the 9th Samar Student and Popular Festival of Theater which was slated for 28 February-8 March was cancelled.

Meantime, Director-General of Youth and Sports Ministry in Kurdistan province Hamed Joulayee announced that all sports competitions and festivals have been cancelled and all sports clubs, pools and body-building gyms are closed in the province until further notice.

Also, Tehran’s Mahdiyeh mosque which has been hosting weekly prayers ceremonies for the past 51 years declared in a statement that all ceremonies in the mosque are called off.

Meantime, the authorities at Abdol Azim (AS) shrine in Southern Tehran said that they will be closed to religious and cultural programs since Monday, adding that all doors of the shrine will be closed at 10pm local time until next morning so that the staff will be able to sterilize everything inside.

Spokesman of the Iranian Health Ministry Kianoush Jahanpour said on Tuesday that the number of patients infected with coronavirus in the country has increased to 95, adding that 15 people have died so far.

“15 people have lost their lives so far in the country and generally, 95 confirmed coronavirus-positive cases have been reported,” Jahanpour said.

He added that 34 people were diagnosed with the disease since Monday noon.

Jahanpour said that over 700,000 sanitation packs, including equipment to prevent coronavirus-infection have been transferred to Qom province, the first place where the COVID 19-infection was diagnosed, and are being distributed among people.

Head of the Iranian Health Ministry's Center for Infectious Diseases Mohammad Mahdi Gouya had announced on Monday that medical centers across the country have performed around 1750 diagnostic tests for coronavirus in the last week.

“Since last Monday that we have been provided with diagnostic kits we have performed around 1750 tests for coronavirus,” Gouya declared, reassuring that with modern equipment and state of the art medications almost all patients diagnosed with the virus are getting improved.

Meanwhile, Commander of the Islamic Revolution Guards Corps (IRGC) Major General Hossein Salami said on Monday that the IRGC is ready to help the Health Ministry in the national campaign against the epidemic.

Earlier on Monday, Iranian Foreign Ministry Spokesman Seyed Abbas Mousavi said that border closures with some neighboring countries and travel restrictions imposed by some countries are temporary, and reassured that border gates and travel routes will get normalized after the situation grows stable.

The epicenter of the outbreak is the Central city of Qom and official reports have so far showed that the virus has been contained in the Central city. All those diagnosed with coronavirus infection in Iran are a citizen of Qom or have had a travel to the city.

As a preventive measure, Iranian authorities have ordered a week-long closure of educational and cultural institutions across over 10 provinces as of Tuesday.

The death toll from the novel coronavirus has risen to 2,698 worldwide, with the vast majority of those in mainland China. The total number of global cases stands at over 80,000.

South Korea now has more than 890 coronavirus cases nationwide. Europe's biggest outbreak is in Italy, where seven people have died and there are over 220 infections, with restrictions imposed on some municipalities. Iran has reported at least 60 cases and 12 deaths.