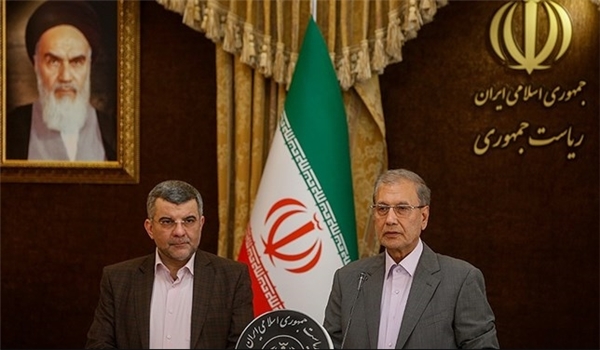 TEHRAN (FNA)- Iran's Deputy Health Minister Iraj Harirchi on Monday dismissed the claim that 50 people have died of coronavirus in the central city of Qom, adding that quarantining the city is a wrong decision whose ineffectiveness was proved in China.

“Even if a quarter of the number announced was true about coronavirus death tally in Qom, I will assuredly resign,” Harirchi said today, at a joint presser with Government Spokesman Ali Rabiyee in Tehran, dismissing the claim made earlier by Ahmad Amirabadi Farahati, the Member of Parliament (MP) from the Constituency of Qom.

He also urged all media, politicians and political parties to refrain from politicizing the issue, calling upon everybody to contribute to the national campaign against the epidemic.

Later reports showed that the toll claimed by the MP included the deaths of both Influenza and Corona patients.

Elsewhere, Harirchi dismissed quarantining the city as an outdated method of WWI era, and stressed that even the Chinese officials who quarantined Wuhan are now regretting their decision, as it worsened the situation.

The epicenter of the outbreak is the Central city of Qom and official reports have so far showed that the virus has been contained in the Central city. All those diagnosed with the infection case so far are either a citizen of Qom or have had a travel to the city.

As a preventive measure, Iranian authorities have ordered a week-long closure of educational and cultural institutions across 14 provinces as of Sunday.

Spokesman for Tehran's Department of Education, Masoud Saghafi, said the decision was made to "prepare schools" which have to be disinfected and sanitized.

More than 2,600 people have died of coronavirus since it began more than a month ago in the central Chinese city of Wuhan.

Countries like South Korea and Iran are reporting growing number of infections despite a fall in cases in China in recent days.