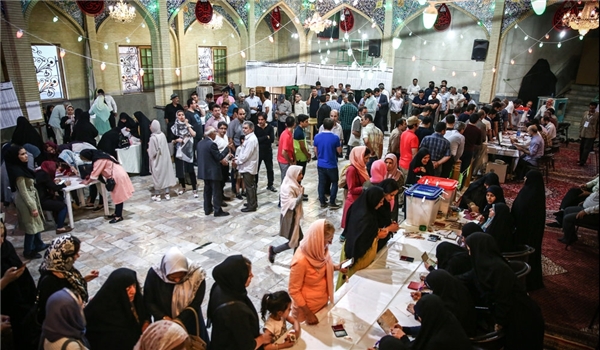 Due to a high turnout, electoral officials asked to extend the voting time by two hours until 8 pm local time (1630GMT), the elections headquarters announced on Friday afternoon.

Millions of Iranians headed to the polls to elect 290 members of Majlis (the parliament) and 7 members of the Assembly of Experts in its midterm elections on Friday morning.

Long queues of people were reported in different cities and towns of Iran, including the capital, Tehran, amid concerns of infection of a number of patients in the country with the new coronavirus.

TEHRAN (FNA)- The government could be significantly underestimating the number of medics going off work due to the coronavirus, according to a survey by the Royal College of Physicians (RCP).
﻿
﻿
Sections