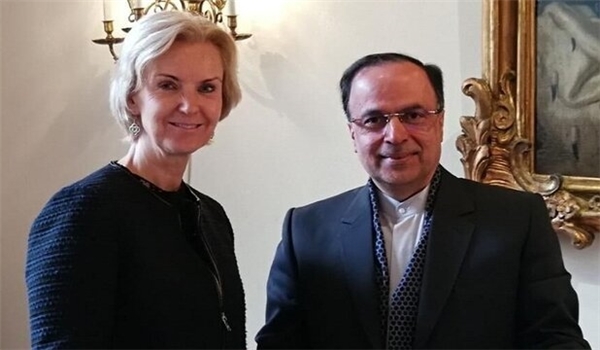 During the meeting in Stockholm on Thursday, Massoumifar and the Swedish diplomat underlined the need for broadening of mutual cooperation.

During the meeting, the Iranian envoy submitted a copy of his credentials to the Swedish diplomat.

Massoumifar expressed hope that, as an ambassador of the Islamic Republic of Iran, he could take effective steps in strengthening the relations between the two countries and two nations.

The new ambassador to Sweden has served as Iran's Ambassador to South Korea, Iran’s consul general in Shanghai and charge d'affaires in Malaysia.