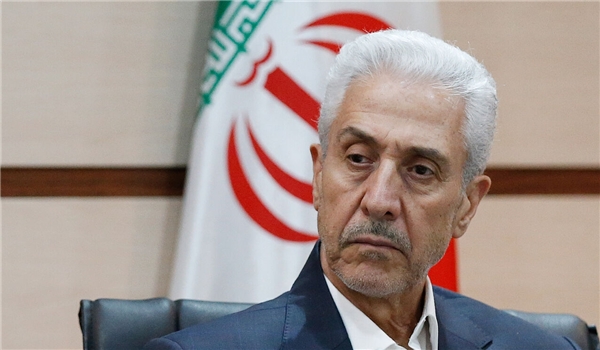 TEHRAN (FNA)- Iran is an important country in developing science and technology, and the country is well-prepared to cooperate with other countries in a friendly atmosphere, Minister of Science, Research and Technology Mansour Gholami said on Monday.

Gholami made the remarks during his speech addressed to the 33rd International Khwarizmi Festival.

“Iranian scientists in universities, research centers and at the ministry are trying to turn science to technology and taking advantage of new technologies for serving the world peace,” the Iranian science minister said.

He reiterated that innovations inside the country have prepared good status for Iranian scientists in the world.

He said that cooperation between Iranian and foreign scientists pave the way for maintaining peace, friendship and intellectual exchange.

Thanks to recent scientific achievements, many needs inside the country have been met which are regarded as achievements in line with prosperity and the humanitarian values.