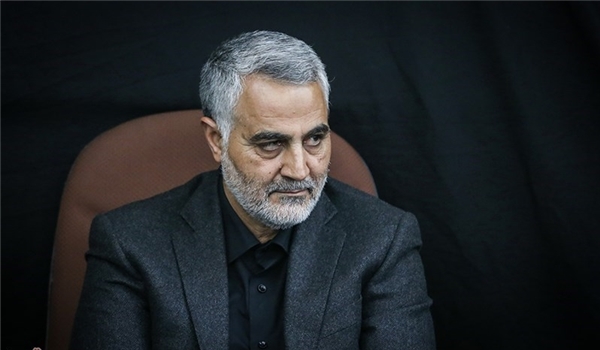 "The foreign firms operating at Baghdad airport might have provided the US forces with security information about al-Muhandis and General Soleimani's movement," Mohammad Karim told the Arabic-language website of al-Ma'aloumeh on Thursday.

He added that the foreign firms are informed of the routes and figures who enter Iraq, noting that the Iraqi national security services are gathering information on the incident as it is related to Iraq's sovereignty.

Karim said that results of the investigations could possibly lead to the expulsion of a number of foreign firms active at Baghdad airport, foreign staff or security commanders.

The two were martyred in an American airstrike that targeted their vehicle on the road to the airport.

TEHRAN (FNA)- Iranian Minister of Defense Brigadier General Amir Hatami unveiled the upgrading and optimizing line for the operational capacity of the tanks of Armed Forces as well as a test field in Dorud county, Lorestan province, on Thursday. [PHOTOS]

TEHRAN (FNA)- Coronavirus worldwide cases have exceeded 20 million and over 747,580 have died. [PHOTOS]

TEHRAN (FNA)- Hospital employees say they must choose between their paychecks and their health amid the coronavirus pandemic, according to a report by The Guardian.
﻿
﻿
Sections