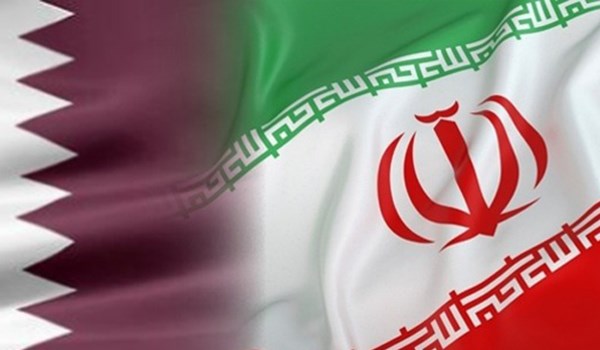 He added that ties between the two countries have strengthened in different fields including political, economic, cultural and border cooperation.

The Iranian ambassador said that the Emir’s visit to Tehran last month opened a new chapter in bilateral relations, which is expected to accelerate between the two countries.

He mentioned the signing of an agreement to hold the Seventh Joint Commission meeting between the two countries in this context during the Qatari Emir’s visit to Tehran.

The Qatari emir arrived in Tehran on January 12 and negotiated with top Iranian officials, including Supreme Leader of the Islamic Revolution Ayatollah Seyed Ali Khamenei and President Hassan Rouhani.

Iranian President's Chief of Staff Mahmoud Vaezi voiced his satisfaction in the new round of talks held between Tehran and Doha on bilateral relations and regional developments.

“Iran and Qatar had fruitful talks in Tehran,” Vaezi wrote on his Instagram page last month.

He noted that although the visit of Sheikh Tamim bin Hamad Al Thani to Tehran was short, bilateral talks and meetings were effective.

“As Iran and Qatar have always enjoyed longstanding and historical relations and stood by each other in difficult conditions, they will develop ties more than before,” Vaezi said.

TEHRAN (FNA)- Chairman of Iran's Expediency Council (EC) Sadeq Amoli Larijani called on all Islamic countries to show solidarity to assist the Lebanese government and nation to pass the difficulties and sufferings resulted from the Tuesday massive explosion in Beirut.
﻿
﻿
Sections