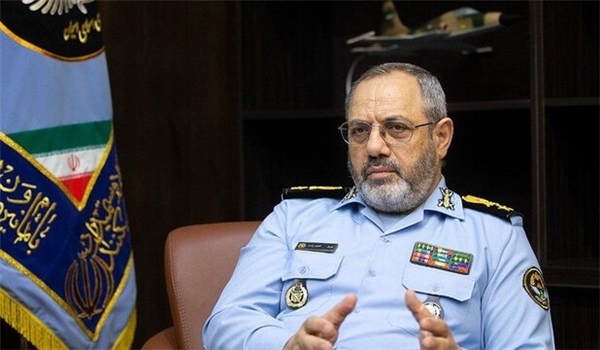 TEHRAN (FNA)- Commander of the Iranian Air Force Brigadier General Aziz Nasirzadeh announced that his force is planning to stage an airshow with three domestically-manufactured Kowsar fighter jets in April.

“We are planning to stage aerobatic maneuvers with three Kowsar jets during the Army Day parades (on April 17),” he said, noting that last year, the airshow was staged using only one jet.

Brigadier General Nasirzadeh said that the Iranian Air Force is planning to stage an airshow with three homegrown Kowsar fighter jets in April.

Speaking to reporters on Sunday, Brigadier General Aziz Nasirzadeh said the production of Kowsar fighter jets is ongoing and each year the number of the homegrown jets increases.

“With three jets, we can have an acrojet aerobatic team,” he added.

According to the Iranian officials, the fighter jet is a supersonic combat plane different from the training Kowsar 88 plane unveiled in April 2017.