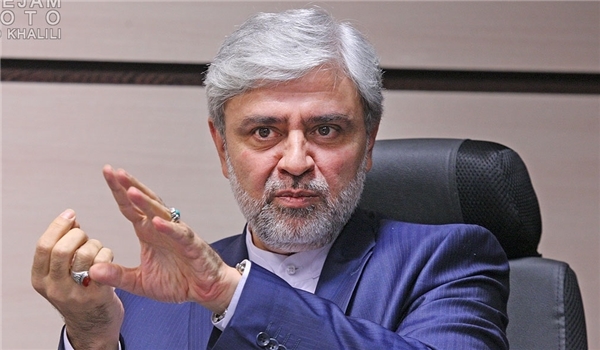 In a press conference in Islamabad on Saturday, after meeting with Jalal, Hosseini made his proposition public, calling for a coalition between the regional countries.

He proposed that Pakistan, Turkey, China, and Russia cooperate with Iran to form a strong regional coalition.

“Pakistan and Iran can increase their economic cooperation via Gwadar and Chabahar ports”, he added.

During the meeting with Jalal, Hosseini described the relations between the two countries of Iran and Pakistan friendly and unstoppable.

“There is a great deal of potential for cooperation between Pakistan and Iran, particularly in the field of the defense industry”, the Iranian ambassador noted.

“Relations with Pakistan are very significant to Iran and we want to develop relations in all fields”, Hosseini emphasized.

Last month, Hosseini had a meeting with Pakistani Chief of Army Staff General (COAS) Qamar Javed Bajwa where the two discussed the latest regional developments after escalation of conflicts between Tehran and Washington following Tehran's retaliatory attacks against the US bases.

Early in December, Commander of the Iranian Navy Rear Admiral Hossein Khanzadi, in a meeting with his Pakistani counterpart Admiral Zafar Mahmood Abbasi, invited the neighboring state to join a tripartite war-game of his country with Russia and China.

“We are waiting for Pakistan to join the Maritime Security Belt War-Game,” Rear Admiral Khanzadi said, during the meeting with Admiral Abbasi in Pakistan, referring to a joint naval drill between Iran, China and Russia in the Indian Ocean, which was held later on December 27, 2019.