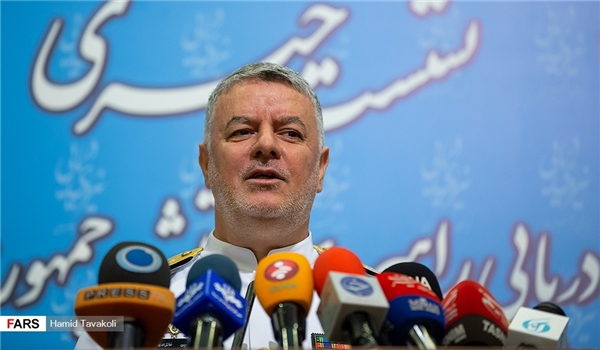 TEHRAN (FNA)- Iranian Navy Commander Rear Admiral Hossein Khanzadi said that his country has for years been fighting against the US presence in the region.

"We have been long striving to drive the US out of the region,” Rear Admiral Khanzadi said on Thursday.

“The terrorist regime of America had no idea that its foolish assassination of (IRGC Qod Force Commander) Lt. Gen. Qassem Soleimani would send the regime into a spiraling downfall,” he added.

The airstrike also martyred Abu Mahdi al-Muhandis, deputy commander of Iraq's Popular Mobilization Forces (PMF), or Hashad al-Shaabi. The two were martyred in an American airstrike that targeted their vehicle on the road to the airport.