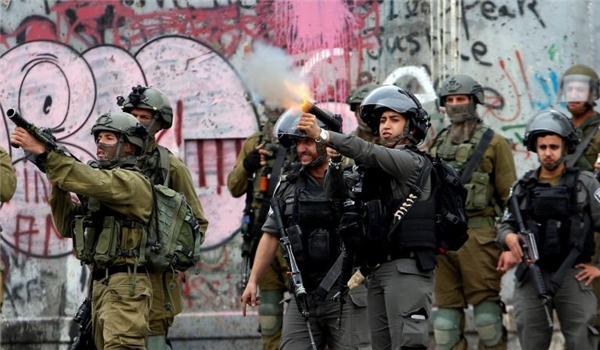 TEHRAN (FNA)- A second Palestinian critically injured on Thursday in the Northern West Bank city of Jenin by Israeli Army gunfire succumbed to his wounds, according to the Ministry of Health.

It identified him as Tareq Ahmad Badwan and he was reported to be a first lieutenant in the Palestinian police force, WAFA news agency reported.

Earlier the soldiers shot and killed Yazan Abu Tabikh, 19, in clashes that broke out when soldiers raided Jenin to demolish the family home of Palestinian detainee Ahmad Qunba.

During the clashes, Israeli soldiers opened fire at protesters killing two and injuring seven others.

This is the second time the army demolishes the Qunba house. The first time was after the arrest of Ahmad on charges of taking part in the killing of a settler near Nablus early 2018. The family later rebuilt the house, which was turned into rubble once again on Thursday as part of Israel’s collective punishment policy against Palestinians under its military occupation.

A general strike was call for in Jenin Thursday to protest the killing of Abu Tabikh and the demolition of the house.

TEHRAN (FNA)- A new report shows that Iran’s production of chemical and petrochemical items have posted a 1.9 percent increase in the first 10 months of the current local calendar year (March 21, 2019 –January 20, 2020), indicating that Tehran has overpowered Washington’s pressures.
﻿
﻿
Sections