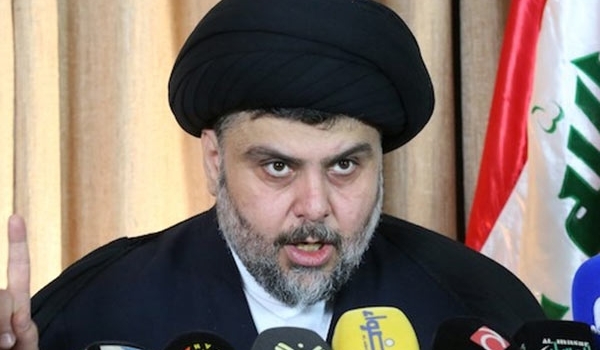 "The first US-Israeli plot to be implemented in Iraq was assassination of Muqtada Sadr to put the blame on Asa'ib Ahl al-Haq and start internal bloodshed," Khazali said in a TV program named Liqa al-Khas.

He added that Sadr and Iran were informed of the plot and it failed.

Sadr is an Iraqi Shiite cleric, politician and leader of the Sadrist Movement. Sadr is one of the most influential religious and popular figures in Iraq, despite not holding any official title in the Iraqi government.

In May 2018, al-Sadr's Sairoon electoral list won 54 seats in the first Iraqi parliamentary election since the ISIL was declared defeated in Iraq.

He rejected US interference in the formation of the new Iraqi government, saying that "the US is an invader country; we do not allow it to interfere" in Iraqi affairs.