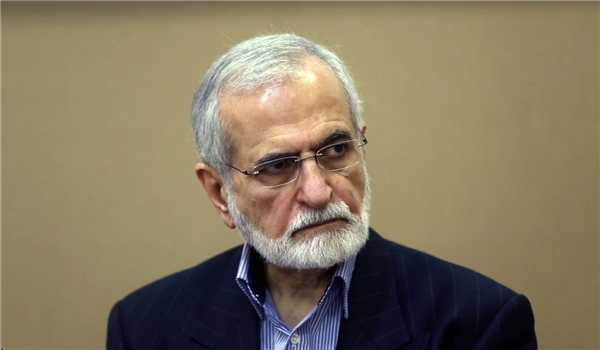 TEHRAN (FNA)- Head of Iran’s Strategic Council on Foreign Relations Seyed Kamal Kharrazi regretted that despite Tehran’s efforts to establish dialogue with Riyadh, the US is manipulating Saudi rulers not to engage in relations with the Islamic Republic.

“We have always been ready to hold talks with Saudi Arabia, but unfortunately, the leaders of this country are not in charge of making decisions for themselves,” Kharrazi said on Wednesday, adding that “the US interests” are the deciding factor.

“The Americans are trying to take advantage of the situation; as such, they don’t allow Saudi leaders to take independent decisions,” he stressed.

Kharrazi further highlighted the need for a change in Saudi Arabia’s, as well as the UAE’s, aggressive policies toward Yemen.

Early in June, Supreme Leader of the Islamic Revolution Ayatollah Seyed Ali Khamenei warned Saudi rulers about the consequences of their destructive policies in the region and their full dependence on the US and Israel.

Ayatollah Khamenei warned Saudi Arabia that the kingdom will finally suffer from its decision to support US’ anti-Palestine plot of the “Deal of the Century”.

“The treachery of some Muslim states such as Saudi Arabia and Bahrain set the stage for such an evil plot,” Ayatollah Khamenei said. “I wish Bahraini and Saudi rulers would (eventually) realize what a quagmire they are stepping in and what damages this will do to their future.”