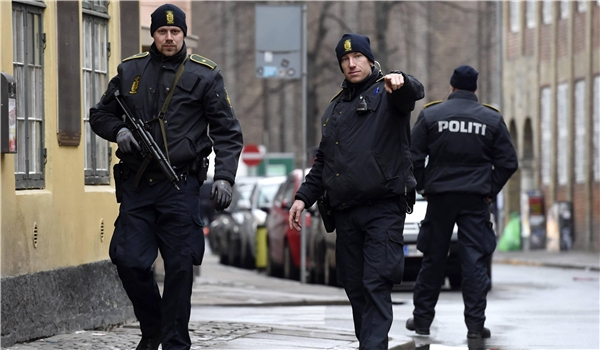 TEHRAN (FNA)- The Danish Security and Intelligence Service (PET) and the Netherlands police separately arrested and charged four members of an anti-Iran terrorist group on suspicion of spying for Saudi Arabia and plans to conduct terrorist attack in Iran.

Three members of the Arab Struggle Movement for the Liberation of Ahwaz (ASMLA) or al-Ahwaziyeh terrorist group carried out espionage activities from 2012 to 2018, PET said in a statement on February 3.

It said the three individuals “collected information about individuals in Denmark and abroad and passed on this information to a Saudi intelligence service," among other things.

A pretrial detention hearing is due on February 4.

Iran considers the group to be a terrorist organization and blames it for a September 2018 attack on a military parade that killed at least 25 people in Khuzestan’s capital, Ahvaz.

Meantime, the Dutch police have arrested a man in Delft on suspicion of planning one or more terrorist attacks in Iran, as well as membership of a terrorist organization. The man, a 40-year-old Iranian national, is said to be active in the ASMLA.

Police confiscated telephones and other ‘equipment’ from the man’s home, and also searched his office in Rijswijk, near The Hague, according to a statement from the public prosecution service.

The operation was carried out in conjunction with Danish police and arrests were also made in Denmark, the public prosecution department said.

The Danish and Dutch governments summoned the Saudi ambassadors to Copenhagen and Stockholm, respectively, in order to express their official protest after arresting and charging four terrorists for spying on behalf of the kingdom in the two European states.

The Danish foreign minister, on his Twitter account, confirmed that the Saudi ambassador to Copenhagen had been summoned.

Jeppe Kofod called the case "deeply serious and completely unacceptable." Kofod said he had summoned the Saudi ambassador for talks earlier Monday, and instructed the Danish ambassador in Riyadh to deliver his objections to Saudi authorities.

The Dutch Foreign Ministry spokesman said that the Foreign Minister wanted to inform the Saudi ambassador that such unwanted activities as those accused by the movement in Denmark were unacceptable.