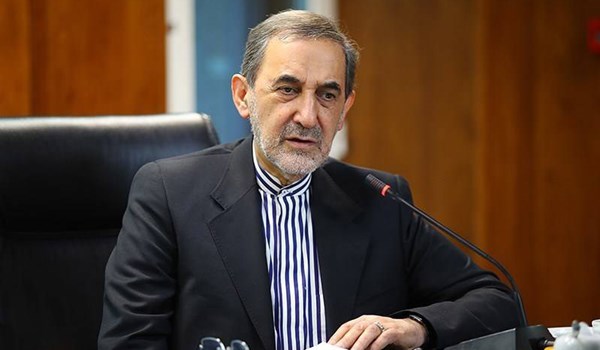 TEHRAN (FNA)- Iranian Supreme Leader's Top Adviser for International Affairs Ali Akbar Velayati in a meeting with Head of the UN Assistance Mission in Afghanistan (UNAMA) Tadamichi Yamamoto said presence of foreign forces is the main problem in Afghanistan, and called for their pullout.

"The process of peace and stability in Afghanistan will be accelerated without the interference of aggressive states, specially the Americans," Velayati said in the meeting in Tehran on Tuesday.

"If the Americans leave Afghanistan, the cultured and politically-mature Afghan people will be able to decide about their fate without their interference, and the main problem in Afghanistan is the presence of intruding countries like the US," he added.

Velayati underlined the need for unity among all Afghan groups, the government and nation, and expressed the hope that the new Afghan government would start operation as soon as possible.

UN team is currently in Tehran to discuss Afghan developments with the Iranian officials.

Yamamoto in a meeting with Iranian Foreign Minister Mohammad Javad Zarif on Monday appreciated the Islamic Republic for helping Afghanistan to overcome its problems.

During the meeting in Tehran, Yamamoto explained developments unfolding in the country and appreciated Iran for its backing during years of war in Afghanistan.

The Iranian foreign minister, for his part, stressed the need for protecting votes of Afghans and declaration of final results sincerely and transparently while hoping that the new Afghan government would be able to start its work soon.

Zarif also voiced Iran's support to peace process under the Afghan government until an agreement is reached among Afghan groups, including Taliban.

The Iranian foreign minister also reiterated that the US plans cannot be trusted and called for the UN active role to ease peace talks.