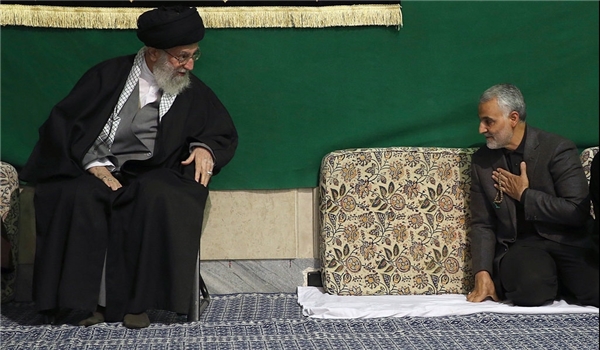 TEHRAN (FNA)- A former Nuremberg war crimes prosecutor condemned the US violation of the national and international law after the country assassinated Iran's Lieutenant General Qassem Soleimani at Baghdad International Airport less than a month ago, stressing that the American public deserves to know the truth.

"Now in my hundredth year, I cannot remain silent. I entered the United States in January 1921 as a poor immigrant boy, and I have felt obliged to repay the United States for the opportunities given to me," Benjamin B. Ferencz said in a letter to the New York Times on January 15.

"I was an American combat soldier in World War II, and was proud to serve my country as the chief prosecutor in a war crimes trial at Nuremberg against Nazi leaders who murdered millions of innocent men, women and children," he added.

"The administration recently announced that, on orders of the president, the United States had “taken out” (which really means “murdered”) an important military leader of a country with which we were not at war. As a Harvard Law School graduate who has written extensively on the subject, I view such immoral action as a clear violation of national and international law," he said.

"The public is entitled to know the truth," he insisted, and explained, "The United Nations Charter, the International Criminal Court and the International Court of Justice in The Hague are all being bypassed. In this cyberspace world, young people everywhere are in mortal danger unless we change the hearts and minds of those who seem to prefer war to law."

Lieutenant General Soleimani was assassinated in a US drone strike on Baghdad International Airport in Iraq on January 3. The airstrike also martyred Abu Mahdi al-Muhandis, deputy commander of Iraq's Popular Mobilization Forces (PMF), or Hashad al-Shaabi. Five Iranian and five Iraqi militaries were martyred by missiles fired by the US drone at Baghdad International Airport.