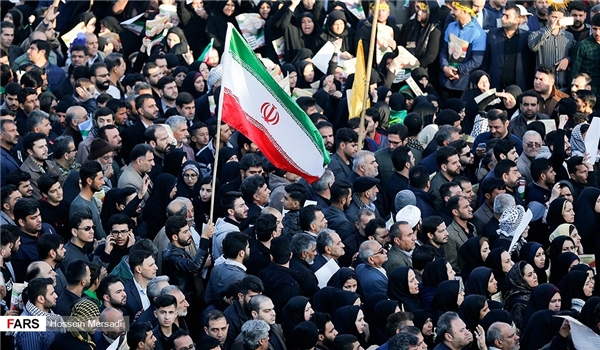 TEHRAN (FNA)- It is by now clear that by assassinating the Iranian top military leadership, Lieutenant General Ghasem Soleimani, Washington is ostensibly preparing to re-enter into the Middle East, from where it had formerly gestured to pull out. Though Trump murmurs that he does not want a change of government or war with Tehran, the deployment of thousands of additional troops in the Persian Gulf nullifies his contentions. The US had hitherto invaded Iraq twice to make the Baghdad its strong foothold in the region and is now again baiting the impoverished nation for its sham strategic goals.

Unlike previously, when Washington used to employ such tactics of attacking sovereign countries and killing their leadership to legitimize its hostility and forge multilateral military alliances – this time, nations across the globe have rebuffed to buy the US impression of misconception about Iran.

Trump's adverse action has been strongly disapproved and condemned by the world community as a whole and even some US allies and American political pundits and congressmen have come to blast him. While Iraq considered the step as "aggression" – China, France, Germany, Russia, Turkey, the UK, and others showed a very serene and objective approach and urged the sides, the US in particular, to exercise restraint that could otherwise entail grave consequences for regional peace and stability.

Americans, who were one-voiced on September 11, are now slating Trump for not taking the Congress on board for an airstrike in Iraq. Following the statement about Trump administration's "provocative, escalatory and disproportionate military engagement" that put American citizens, military personnel and allies in danger – House Speaker Nancy Pelosi said the House will "introduce and vote on a War Powers Resolution to limit the President's military actions regarding Iran."

Trump's rival presidential candidate Senator Bernie Sanders urged Congress to reassert its constitutional responsibility for war while and furious Senator Chuck Schumer endorsed Sanders and planned "to fight him (Trump) tooth and nail" on starting an endless war. Many Americans also took to the streets to denounce the strike.

But all the fused international voices of peace negotiations and restraint seem to have no impact on the US as Trump continues to escalate the situation and push the region into yet another bloody war. After bragging about two trillion dollars of military equipment acquisitions, Trump issued a "legal notice" that the US would strike back in case of any Iranian reprisal, "perhaps in a disproportionate manner." He aso threatened to sanction Iraq if they expelled US occupying forces.

As opposed to putting itself accountable to the international community on its uncalled-for offensive, the US attitude is greatly brazen and deplorable. While it should be using the global diplomatic forums to ease the tensions with Iran, it is trying to create a more critical mess in the conceit of its military prowess and hegemonic posture.

At any rate, the US is the aggressor here – not a victim – which deliberately ripped up the international laws, violated the sovereignty of an independent country, and killed a serving Iranian army general, therefore is finding virtually no ally to rationalize its drone strike in Iraq.

Iran has promised to respond to the assassination – and they definitely will. They have been left with no other option unless they want to see their Generals be droned one by one. Tehran's response is a deterent and could even help many others by making Trump understand the costs of his arrogant and hawkish policies and moves. What that response will be is hard to say. It's not clear if Trump fully understands how this one action can totally upend his plans for the United States and in the foreign policy arena, and could also spell the death knell for his presidency. While there is some cheering going on among some of his supporters and the gaggle of neoconservative pundits, things could change as the body bags go come home. And there will be body bags unless he can pull out soon from what is a no-win situation for him or for the world.

Indeed, If Trump doesn't break with the policy that has been a long-standing agenda for his neoconservative advisers, it could spell the death knell for his presidency – and a new conflagration for the world community.