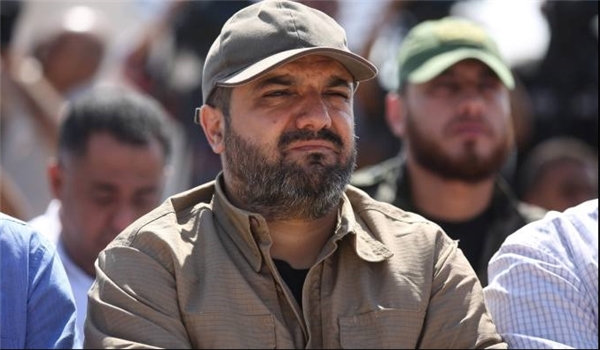 The ministry of health in Gaza announced in a terse statement that an Israeli raid on Eastern Gaza City martyred Abul Ata and his wife, adding that two other citizens were wounded in the aerial attack, Palinfo reported.

The armed wing of the Jihad Movement stated that Abul Ata, 42, was killed in a “cowardly assassination attempt in Shujaiah in Eastern Gaza”.

The statement announced full alert in all its ranks and promised an “earthshaking reprisal”, adding that the “criminal enemy will bear the responsibility for the results of such aggression”.

The assassination of Abul Ata is the first such attempt since the 2014 Israeli war on Gaza.

The Israeli Army said that the assassination was coordinated between the army and the general security and that it was endorsed by the Israeli Premier Benjamin Netanyahu.

The Jihad Movement announced that the raid killed Ajouri’s son Muadh and wounded his wife.

The Hamas Movement has also mourned Abul-Ata, who was assassinated along with his wife at dawn Tuesday in the Gaza Strip, stressing that the Israeli crime will not go unpunished.

In a statement, Hamas held the Israeli occupation fully responsible for all the consequences resulting from such military escalation, affirming that the assassination of Abul-Ata would be retaliated.

Meantime, the Palestinian ministry of education announced all schools will be closed on Tuesday morning in the Gaza Strip because of the Israeli military escalation.

The Israeli Army has also announced the closure of all the crossings with Gaza and the reduction of the fishing zone.