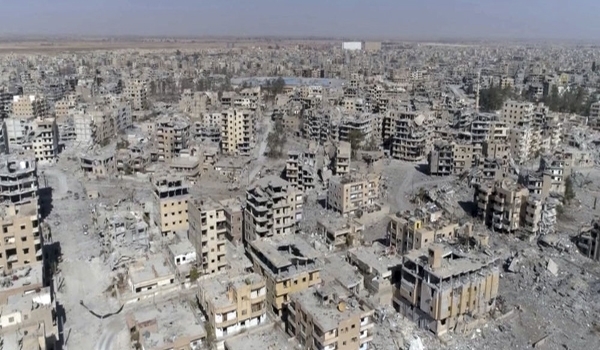 “The more stability and peace returns to Syria, the more presence and participation of the Iranian companies in rebuilding this country will be witnessed,” Zangeneh said in a meeting with senior Syrian officials on Tuesday.

He noted that Iran’s private sector can play a leading role in Syria in the field of manufacturing relevant industrial equipment and machinery as well as producing petrochemical products in oil, gas and petrochemical sectors.

Syrian Oil Minister Ali Suleiman Ghanem, for his part, pointed to the high potentials and capabilities of Iran in oil industry and said, “When I visited South Pars Gas Field, I became very surprised from high capacities of Iran in development of the field.”

In relevant remarks on Tuesday, Syrian Ambassador to Tehran Adnan Hassan Mahmoud said that his country is enthusiastic to hand its economic projects to the Iranian private sector.

Iranian private sector is expected to be strengthened in Syria, so that it can have a constructive contribution in rebuilding and reconstructing sectors destructed in this country, Syria’s envoy to Iran noted.

Elsewhere in his remarks, he said, “We hope that Iran-Syria Joint Economic Forum will lay the ground for more contribution of Iranian private sector in setting up joint companies in the field of oil and mineral resources.”

He went on to say that investment of Iranian private sector in Syria in various sectors will be very effective for the promotion of trade and business between the two countries.

Earlier on Tuesday, Secretary of the Joint Economic Commission of Iran and Syria Mohammad Danayeefard said the volume of trade between Iran and Syria in the first 5 months of the current local calendar year has increased by 25% in comparison with the corresponding period in the last year.

Earlier this month, Governor of the Central Bank of Iran (CBI) Abdolnasser Hemmati, in a meeting with his Syrian counterpart Hazem Karfoul in Tehran, pledged to expedite efforts for establishing a joint bank that could help the two allied countries deepen their trade and economic relations.