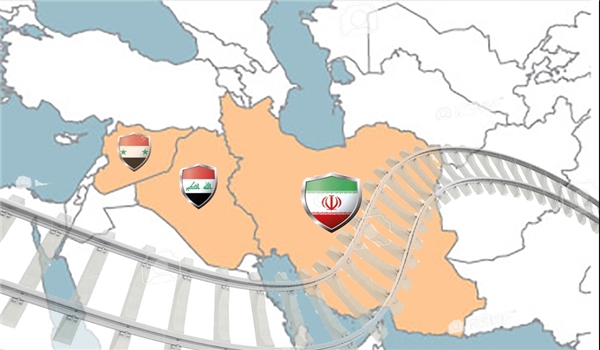 TEHRAN (FNA)- Officials from Iran, Iraq and Syria signed an agreement to further increase the joint projects of the trio for developing trilateral transportation infrastructures through a set of measures, including linking their rail networks from the Persian Gulf to the Mediterranean Sea.

Iran, Iraq and Syria on Wednesday signed minutes for cooperation in the domain of comprehensive transport.

On Monday, Iranian officials announced that the construction of the 32-kilometer railway connecting the city of Shalamcheh in Southwestern Iran to Basra in Southern Iraq will kick off in the next few months.

Salib al-Hussaini said on April 12 that a summit will be held between Iran, Iraq and Syria to further discuss the project of the transnational rail between the three countries, according to the Arabic-language al-Sumeria news website.

Observers have described the new agreements as a sign of Baghdad's serious intention of not being “party to the system of sanctions against Iran” as Prime Minister Abdul-Mahdi said earlier in February.