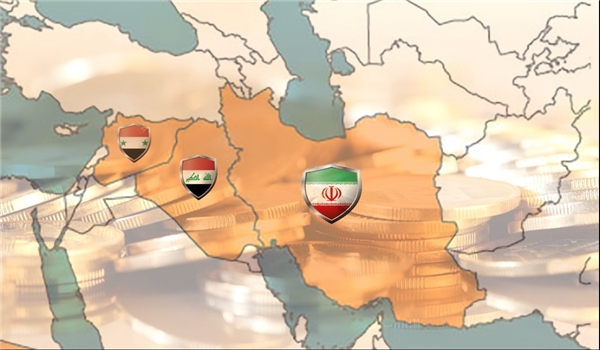 Speaking in a press conference on the sidelines of 24th Iran International Oil, Gas, Refining and Petrochemical Exhibition dubbed “Iran Oil Show 2019”, Mohammad said, “Planning is underway for setting up a joint bank between Iran, Iraq, and Syria for restoration of banking and financial relationship in central banks of the three countries.”

In the current situation that the country is facing severe sanctions by the United States, the private sector has promised to cooperate and collaborate with Khatam al-Anbiya construction headquarters in order to fill the vacant place of foreign companies in the Iranian oil industry, he added.

Turning to the Persian Gulf Refinery project, he said, “Despite many ups and downs facing ahead, this giant project was put into operation by domestic engineers.”

He put the annual requirement of the country to the products of downstream petrochemical industries at 20 million tons.

He pointed out that US sanctions will have no impact on the activities of the headquarters.

Mohammad pointed to Iraqi and Syrian markets with high potentials and called on industrialists and economic activists of the country to adopt a logical approach and get the lion’s share of products in lucrative markets of Iraq and Syria.

Salib al-Hussaini said on April 12 that a summit will be held between the Iran, Iraq and Syria to further discuss the project of the transnational rail between the three countries, according to the Arabic-language al-Sumeria news website.

"We will connect the Persian Gulf from Iraq to Syria and the Mediterranean via railway and road," said Jahangiri, making reference to the construction of a railway linking the Iranian Shalamcheh border region to the Iraqi city of Basra.

Observers have described the new agreements as a sign of Baghdad's serious intention of not being “party to the system of sanctions against Iran” as Prime Minister Abdul-Mahdi said earlier in February.