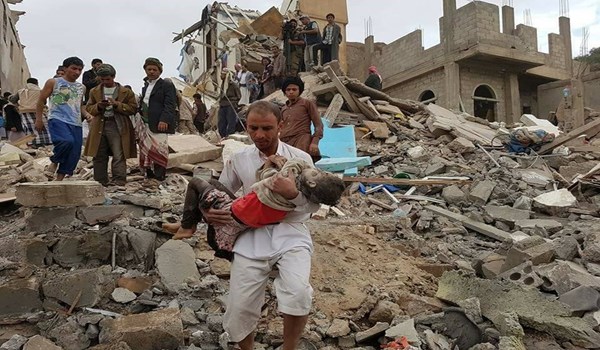 TEHRAN (FNA)- A bipartisan group of US politicians pledged to advance legislation in Congress that would block further support by the American military for the Saudi-UAE war against Yemen.

American lawmakers are making stated efforts to end US President Donald Trump’s support for Saudi Arabia’s war on impoverished Yemen. The measure enjoys broad support among Democrats and a number of key Republicans but would face a likely veto by the American leader suggesting delays and high-level negotiations with the White House ahead, Middle East News reported.

Public opinion in the United States has turned against the war because of the humanitarian crisis in Yemen as well as the murder of Saudi writer Jamal Khashoggi.

"When Yemenis see 'Made in USA' on the bombs that are killing them, it tells them the United States of America is responsible for this war," Senator Bernie Sanders told reporters at a Capitol Hill press conference on Wednesday.

A war powers resolution had previously passed the Senate by 56-41 in December but had to be reintroduced to the Democratic controlled House of Representatives to go forward,

“That decision has never been debated and discussed and voted on and approved by Congress,” Republican Senator Mike Lee, one of the measure’s sponsors, stated.

"The preference is to start this in the House, get a big vote in the House and then bring it over to the Senate," Senator Chris Murphy, a Connecticut Democrat who has been a critic of the US role in Yemen, told Al-Jazeera.