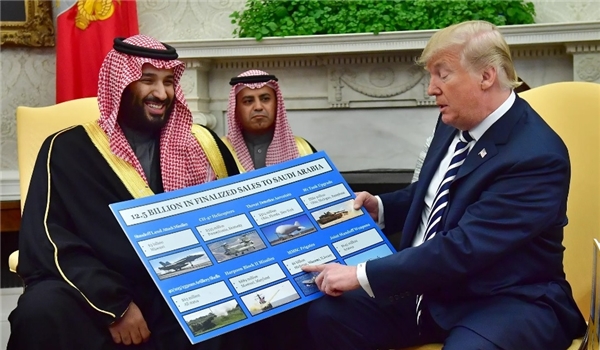 TEHRAN (FNA)- The US government announced that Washington wants to continue support for the Saudi war on Yemen despite mounting criticism over the humanitarian crisis in the impoverished country.

US Deputy Assistant Secretary for Persian Gulf Affairs Timothy Lenderking said on Sunday that Washington's backing for the Saudi war is "necessary" and that its discontinuation "sends a wrong message", Middle East News reported.

"We do believe that the support for the coalition is necessary. It sends a wrong message if we discontinue our support," Lenderking told a security forum in the UAE.

“Obviously there are pressures in our system ... to either withdraw from the conflict or discontinue our support of the coalition, which we are strongly opposed to on the administration side,” he added.

The US Senate voted to advance a resolution calling for an end to US military support for the Riyadh-led coalition, including arms sales and intelligence sharing. It came in the wake of the gruesome murder of journalist Jamal Khashoggi inside the kingdom's Istanbul consulate in early October.

Also, a bipartisan group of senators introduced a resolution Wednesday throwing Senate support behind the finding that Saudi Crown Prince Mohammad bin Salman (MbS) was "complicit" in the death of Khashoggi.