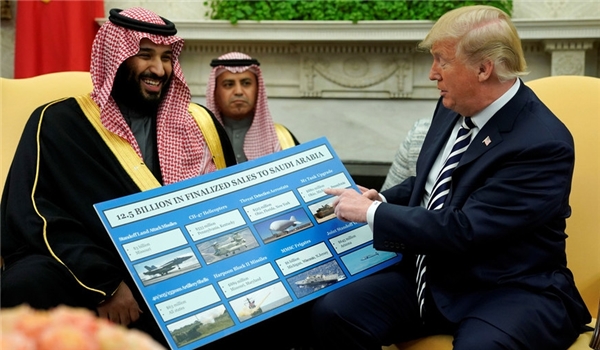 TEHRAN (FNA)- The United States will continue backing the Saudi-led war on Yemen, Secretary of State Mike Pompeo stated, despite a humanitarian crisis in the impoverished country and outrage over the kingdom in the wake of Jamal Khashoggi’s murder.

"The program that we're involved in today we intend to continue," Pompeo said, speaking from a Group of 20 summit in Buenos Aires on Saturday, presstv reported.

Yet, he acknowledged that the crisis in Yemen has reached "epic proportions".

In a rare classified briefing on Wednesday, Pompeo and Defense Secretary Jim Mattis tried to convince US senators to allow the assistance to continue, but to no avail.

Although the White House had urged a "no" vote, American senators voted 63-37 to consider ending Washington’s support for the Saudi-led aggression on Yemen.

The exact same measure had failed on the chamber’s floor in a 55 to 44 vote in March.

US President Donald Trump has thrown his support behind Saudi Crown Prince Mohammad bin Salman, who reportedly ordered the assassination of the dissident journalist and Washington Post columnist at the Saudi consulate in Turkey last month.

Pompeo asserted that there is no "direct evidence" implicating the country’s de facto ruler.

The White House has been under pressure over close ties with the Saudi government amid the Khashoggi fallout.

US lawmakers and Turkish President Recep Tayyip Erdogan maintain that the crown prince and other top Saudi leaders should be held accountable for Khashoggi's assassination,

Saudi Arabia has acknowledged the murder, yet left many questions unanswered.

Turkish intelligence intercepts reportedly show that Khashoggi, who was last seen entering the Saudi mission in Istanbul on October 2, was murdered on a direct order from MbS.