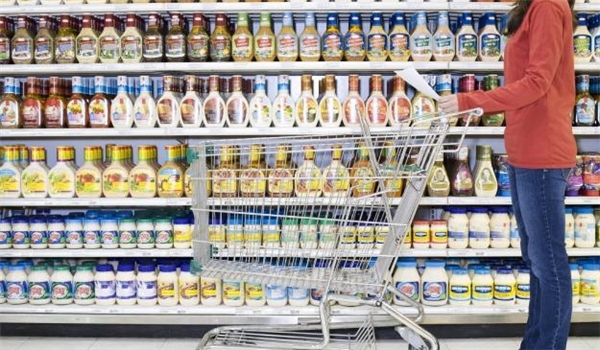 TEHRAN (FNA)- On the surface, these foods all look pretty similar, but choosing one over the other will make a big difference. Here are the products to avoid - and the ones you should buy.

Let’s be honest, very few of us have any interest in calorie counting, yet being aware of the number in particular foods is actually important given we tend to burn fewer calories each day thanks to our increasingly sedentary lifestyles.

It may also come as a surprise to hear that there are a number of very simple supermarket swaps many of us could make that would help us to significantly cut our calorie intake while still eating similar types of food. Here are just some of the smart swaps that will literally slash hundreds of calories from your regular diet.

The larger the bread slices, the greater the amount of both carbs and calories and since many of the typical bread slices we find at supermarkets barely fit into the toaster it is a sign that our bread is too big. When you take a closer look at some of the large bread slices sold in supermarkets, a single slice can contain as many as 120 calories compared to just 90 calories in a smaller traditional slice of bread which can really add up when you are enjoying a few slices of bread every day.

There are many different varieties of crackers and while some of the plain crackers are low in calories, some of the flavoured biscuits and rice crackers in multi-packs can contain more carbohydrates than two slices of bread, or as much fat as potato chips. Much better options are the thin wafers that contains half as many calories and carbohydrates as some crackers and no fat.

The average regular snag comes in anywhere between 140-170 calories in a single sausage compared to less than 100 calories for an extra lean sausage, which will be labelled as such on packaging. And while the leaner sausages do cost a little more, you are basically paying for more meat and less fat.

Any snack bar described as natural and with oats seems healthy enough but some of the larger muesli slices and baked bars can contain more than 200 calories in a single bar. On the other hand there are plenty of wholegrain snack bars available which contain half the number of calories while remaining a nutrient rich snack.

Ice-cream on a stick versus sorbet and fruit ice-cream

You know the feeling, you have just sat down after dinner and suddenly have an urge for an ice-cream and convince your partner or flat mate to duck out to the local supermarket to grab you a treat. Now if they come back with a box of classic, popular ice-creams you will most likely be about to consume 200-300 calories in a single ice-cream. On the other hand if you choose a fruit based iceblock or sorbet you will still enjoy a treat but one with fewer than half the calories and literally no fat.

When it comes to calorie overloads, we often forget that the combination of a dip and high fat crackers can give you more calories than an entire meal after just a few scoops and that is definitely the case when it comes to pesto dips. A single 20g serve of pesto dip equates to more than 100 calories per serve, while a plain vegetable dip can give you as little as 20 calories per serve.