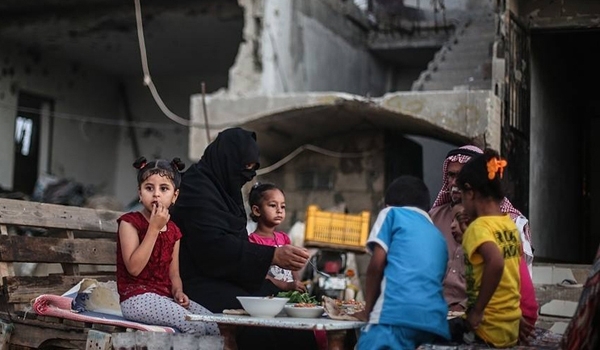 TEHRAN (FNA)- The month of Ramadan has been selected for fasting because it has a preference to other lunar months of the year. In the verse under discussion, this preference is stated such that the Quran, which is the Book of Guidance for humankind and, with its commands and legislations, has separated the right from wrong to lead man toward prosperity, was revealed in the month of Ramadan.

Besides that, both some verses of the Quran and the Islamic literature indicate that all the great heavenly Books, such as the Torah, the Bible, the Psalms of David, the Books of Ibrahim, and the Quran, have all totally been sent down in this month.

In this respect, Imam Sadiq (PBUH) said: "The Torah was sent down on the sixth of Ramadan, the Bible on the twelfth, the Psalms on the eighteenth and the Quran by the Night of Destiny (Laylat-ul-Qadr) in Ramadan".

Thus, the month of Ramadan had always been the month of the great heavenly Books to be sent down. This month had been the month of education, since training without teaching and practice is fruitless. The training aim of Fasting should also be parallel with the more and the utmost profound knowledge about the divine instructions so that it wipes out the soul and self of man from sin.

Once, on the last Friday of Sha'ban, the Prophet of Islam (PBUH) delivered a sermon about the significance of the month of Ramadan to prepare his companions for receiving this sacred month.

In that great sermon he said:

“O’ people! Allah's month has approached you laden with blessing, mercy and forgiveness. It is a month which Allah regards as the best of all months."

“It is a month in which you are invited to be the guests of Allah, and you are regarded during it as worthy of Allah's Grace."

“In this month, your breathing praises Allah, and your sleeping adores Him. Your deeds (of worship) are accepted, and your pleas are answered therein."

“Therefore, ask Allah, your Lord, in sincere intentions and pure hearts to enable you to observe the fast and to recite His Book (the Quran) during this month, for only a wretch is the one who is deprived of Allah's Forgiveness in this great month."

“Let your hunger and thirst during it remind you of the hunger and the thirst of the Day of Judgment. Give alms to the poor and indigent among you, respect your elderly and be kind to your youngsters, and strengthen blood-kinship of yours."

“Safeguard your tongues (from sin), do not look at what Allah has prohibited your eyes from watching, and do not listen to what your ears are forbidden to hear. Be kind to the orphans of other people, so that your own orphans be consequently given affections, too. ..."

The Principle of ' No Hardship’

In the above mentioned verse, this matter was pointed out that Allah's Will is not that you be troubled and uneasy, but He ordained so that you feel ease. It is certain that this ordinance here is about the proposition of fasting and its benefits together with the concerning commandment due to passengers and sick persons. But, regarding its universality, this ordinance has been used as a general principle upon all Islamic rules, and the verse has been taken as a reference for it which is known as the rule of ' No Hardship ' (la-haraj) among jurisprudents.

This religious rule says that the foundation of the Islamic legislation is not based upon hardship. So, if, somewhere, an ordinance creates intense hardship, it can be exempted temporarily. For instance, the jurisprudents have said that when performing one's ablution or standing erect, and the like of them, due to establishing prayers requires much pain, it changes to dry ablution and prayers in sitting position.

Concerning the lack of hardship in Islam, it is also stated in Sura Hajj No. 22,verse 78, thus: "...He has chosen you and has not laid upon you any hardship in religion."

Also, another hint to this subject is the famous tradition of the Messenger of Allah (PBUH) where he says: “I was appointed to a tolerant and facile religion."