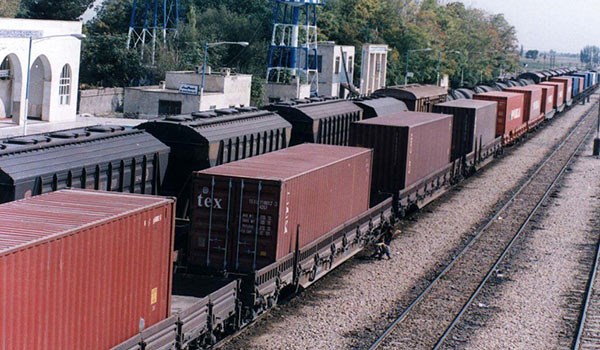 TEHRAN (FNA)- An investment agreement has been inked with the Republic of Azerbaijan on the construction and operation of a railway terminal in Iran's Astara, Iran's Railway announced.

The investment deal has been signed between Azerbaijan Railways Transport Company and Islamic Republic of Iran Railways (abbreviated RAI) over Astara railway station which is under construction, it said.

Under the terms of the agreement, the Azerbaijani government has agreed to invest 60 million dollars in the Iranian project.

Furthermore, once the contract between the two sides expires, all facilities available at Astara terminal will be fully handed over to Iran.

According to RAI officials, the Azerbaijani side has agreed to transit at least two million tons of cargo through Iran, which would result in significant revenue for the Islamic Republic of Iran.

In a relevant development in early March, the pilot Astara-Astara railway started a test-run as Azeri President Ilham Aliyev started a visit to Tehran back then.

The Astara-Astara railway has been constructed to materialize the goal of linking the North-South corridor and facilitate Iran's access to Europe's railway and Azerbaijan's access to the Persian Gulf.

Tehran and Azerbaijan kicked off operations to lay railway tracks on Friday to connect the border port of Astara in Northern Iran to its neighboring city in the Republic of Azerbaijan.

"The first phase of the operation which is a 600-meter-long rail track was laid while grounds are to be prepared for the second phase which will complete the whole project in the Iranian side," Governor of Astara Port Yunes Ranjkesh said.

Iran-Azerbaijan railway is part of a larger national development project called the North-South Corridor which is to be used for transfer of goods and passengers.

The Iran-Azerbaijan railway project will connect Iran to the Euro-Asian marketplace after its completion.

In relevant remarks in mid-January, Iranian Minister of Communications and Information Technology Mahmoud Vaezi disclosed that Iran will link its railway network to the Republic of Azerbaijan and from there to Russia in the coming weeks.

"Iran will connect its railway system (from Astara in Northern part of the country) to that of Azerbaijan and Russia in nearly one month time," Vaezi told reporters.

He reiterated that in that way the cost of transportation from Iran to the Central Asian countries will considerably decline.