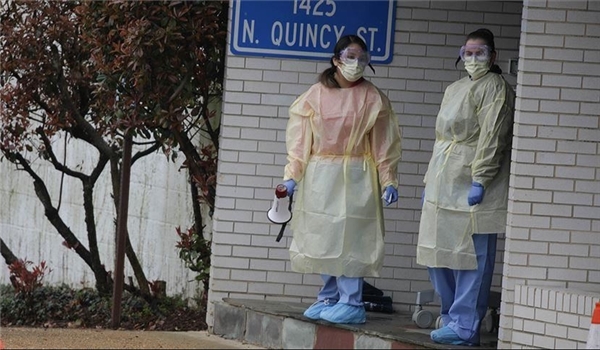 TEHRAN (FNA)- New York Gov. Andrew Cuomo (D) begged the Donald Trump administration on Tuesday for more ventilators, warning that the peak of the coronavirus could hit the state in 14 days.

Cuomo said the state needs at least 30,000 of the breathing machines to care for the influx of coronavirus patients that is expected to hit New York in two weeks. So far, the state has procured 7,000, but has only received 400 from the federal government, The Hill reported.

“There is no other way for us to get these ventilators,” Cuomo said at a press conference Tuesday.

“We’ve tried everything else. The only way we can obtain these ventilators is from the federal government. Period,” he added.

Ventilators are in short supply in the US and all around the world as the coronavirus pandemic rages on. Since the coronavirus attacks the lungs, the machines are crucial to help patients experiencing serious illness.

Governors and hospitals are scrambling to find more ventilators as they seek to avoid the situation that is unfolding in Italy, where care and equipment is being rationed for those with the best chance of survival.

Cuomo said the state needs more ventilators immediately as it prepares for the peak of the coronavirus to hit in two to three weeks, earlier than initial projections had estimated. The virus is spreading quickly in New York, Cuomo said, with the case count doubling every three days.

There are 25,000 cases in New York, making up 7 percent of the world's infections.

Cuomo and other governors have pleaded with the Trump administration for more ventilators from the national stockpile of medical supplies. There are about 12,700 ventilators in that stockpile, but Cuomo said the administration has only sent 400 to New York.

Vice President Mike Pence said during a Tuesday interview on Fox News that the federal government is preparing to send 4,000 to New York in the next two days.

President Trump tweeted Tuesday that he hasn’t used the DPA because “no one has said NO!” to manufacturing equipment.

But Cuomo argued businesses need start-up capital and contracts with the federal government to get ventilators out to states in such a short period of time.

“Volunteerism is nice. It is a beautiful thing. … That is not going to get us there, and I do not for the life of me understand the reluctance to use the Defense Production Act,” Cuomo said.

“So you're asking a business to produce what is a sophisticated piece of electronic equipment, a ventilator, and to do it in 14 days. That's an enormous undertaking. They can't do that on a voluntary basis,” Cuomo said, adding that they need money upfront from the government to hire workers and buy equipment.