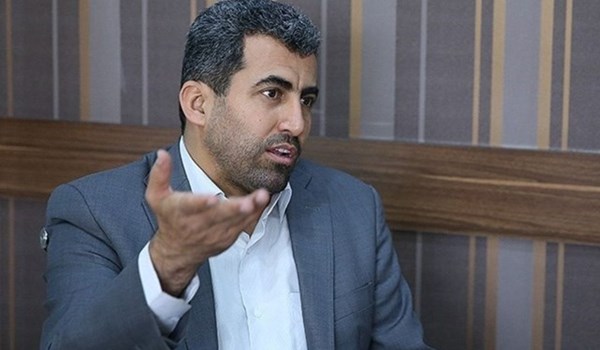 TEHRAN (FNA)- A senior Iranian legislator warned that Washington has launched a biological war against his country, describing the US sanctions which prevent Iran’s supply of drugs and medical equipment for coronavirus patients as an instance of war crime.

“Lodging complaint against the Americans is a part of the Iranian people’s righteous demand given the US prevention of exports of drugs to Iran and we should pursue this issue at international legal bodies because their (the Americans’) measure is a type of biological terrorism and against our country’s security and health,” Mohammad Reza Pour Ebrahimi told FNA on Wednesday.

He added that since the US has launched biological warfare against Iran and blocked exports of medicine to the country to fight against coronavirus, they are committing war crime.

The Iranian foreign ministry on Monday reiterated the country’s position on the US role in spreading the coronavirus in the world.

Supreme Leader of the Islamic Revolution Ayatollah Seyed Ali Khamenei had on Sunday termed Washington “the most evil enemy of the Iranian nation”.

He pointed to claims by US President Donald Trump and his secretary of state, Mike Pompeo, to the effect that Washington is ready to help Iran in its fight against an ongoing outbreak of coronavirus, saying, “Firstly, you have a shortage yourself and this is what American officials say. Secondly, you are accused of producing the virus. I do not know how true this accusation is, but when such an accusation is made, which wise person will ask for your help?"

On Monday, US State Department’s spokeswoman, Morgan Ortagus, claimed in a tweet that what Iran said about the possible role of the United States in developing and spreading the virus across the world were nothing but “conspiracy theories”.

In response on the same day, the Iranian Foreign Ministry reaffirmed the country’s position on the US role in coronavirus pandemic, highlighting a recent article from Global Research in which ten questions were posed about inadequacy and insufficiency of the US government's response to virus outbreak on its soil.

“If the State Department claims the mounting global questions about US role in COVID-19 pandemic are mere ‘Iran-made conspiracy theories’, then US must answer some of these questions asked by the Global Research,” said the Iranian foreign ministry in a tweet.

The Global Research article also underlined measures taken by the US administration, which have been seen by analysts as being aimed at relieving the US of its international obligations with regard to production of microbial and biological weapons.

“Why did the US withdraw from the 1972 Biological and Toxin Weapons Convention (BTWC) in 2001? Why did it try to prevent a monitoring mechanism for the execution of the Convention? Is it standing in the way of developing biological weapon for the US?” it asked.

The article went on to note that the US Army Medical Research Institute of Infectious Diseases, located on Fort Detrick, Maryland, was shut down in July 2019, asking, “Was it because there was a virus leakage incident?”

In relevant remarks on Monday, Iranian President Hassan Rouhani described the US offer to help Iran fight against the coronavirus epidemic as a big lie as the harshest sanctions against the country are still in place, saying that Tehran does not want Washington’s “glass of muddy water”.

“We are not in a normal economic situation; sanctions that are cruel, illegal and a terrorist action have been imposed by the US on the Iranian people, and unfortunately many problems have been posed to us,” Rouhani said, addressing a cabinet meeting in Tehran.

“Americans' saying we are ready to help Iran through the hardships of coronavirus is one of the great lies of history, as if someone who has blocked the source of the spring and does not let anyone go to the clear spring, brings a glass of muddy water to offer, saying that he has come to help, since he knows we're thirsty,” he added.

“The Americans, who are in charge of the biggest crimes in the region and committed crimes in Iran and terrorism in the true sense of the word, and when their thoughts and underpinnings of their misconduct and terrorism have become more apparent to the world, say we are ready to help in combatting coronavirus. This is the same glass of muddy water, but they do not say that they blocked the main springs on this nation,” he said.

The coronavirus COVID-19 is affecting over 180 countries and territories around the world. The virus was first reported in the central Chinese city of Wuhan late last year. It has so far killed more than 19,200 people and infected over 428,000 others globally.

Iran reported on Wednesday that a total number of 2,077 coronavirus patients have died and 27,017 cases of infection have been identified in the country so far. Meanwhile, 9,625 people have also recovered.