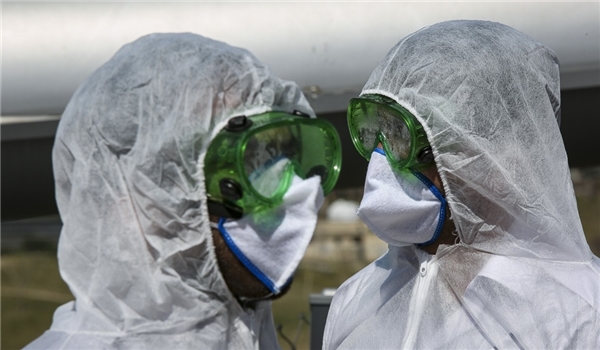 TEHRAN (FNA)- Iranian Health Ministry Spokesman Kianoush Jahanpour announced on Wednesday that 2,206 new cases of coronavirus infection have been diagnosed in the country, saying that 2,077 patients have so far died of the disease.

“According to laboratorial results, 2,206 new cases of infection to COVID-19 virus have been identified in Iran since Wednesday noon, increasing the number of confirmed infections to 27,017,” jahanpour said.

He added that 143 coronavirus patients have passed away since Tuesday, noting that the death toll has increased to 2,077 so far.

Jahanpour said that 9,625 patients infected with COVID-19 virus have also recovered and been dismissed from hospital.

He added that over 47.5mln people in Iran have been screened so far in the national mobilization plan to fight against the coronavirus, adding that the plan has turned into a role model for other countries.

The coronavirus COVID-19 is affecting over 180 countries and territories around the world. The virus was first reported in the central Chinese city of Wuhan late last year. It has so far killed more than 19,150 people and infected over 428,000 others globally.

TEHRAN (FNA)- Japanese Prime Minister Shinzo Abe on Saturday called upon citizens to prepare themselves for the "worst-case scenario" and lengthy battle against COVID-19 that will include unprecedented economic measures.

TEHRAN (FNA)- Chancellor Angela Merkel urged Germans to continue to cooperate with a nationwide shutdown aimed at halting the coronavirus pandemic, arguing that the large number of daily infections means that the measures must remain in place.
﻿
﻿
Sections