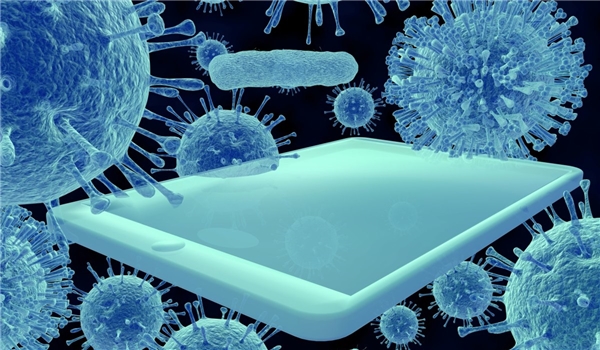 TEHRAN (FNA)- A major study published last week in The New England Journal of Medicine reported the novel coronavirus responsible for COVID-19 can survive on some surfaces for several days, and is even detectable in aerosols for several hours. This important research offers valuable insights into the lifespan of this new virus outside of a human body, however, some experts are suggesting the study does not mean the virus actually remains infectious on surfaces for days or can be transmitted easily through the air.

The new research was conducted by a collaborative team from the National Institutes of Health, the CDC, UCLA and Princeton University. To test the stability of SARS-CoV-2 the researchers used a nebulizer to imitate a human cough, propelling virus-carrying particles into the air. As well as testing how long the virus is stable in aerosol form, the researchers studied the virus’s surface stability on four different mediums: plastic, stainless steel, copper, and cardboard.

The general conclusions from the study, distributed in press releases and widely reported in the media, suggest the virus survives for days on different surfaces, and several hours in aerosol form.

“Scientists discovered the virus is detectable for up to three hours in aerosols, up to four hours on copper, up to 24 hours on cardboard and up to two to three days on plastic and stainless steel,” a press release from UCLA states.

While the above statement is technically correct, and reiterated in similar terms in the now published and peer-reviewed study, the data is not intended as evidence the virus is regularly transmitted through the air. The data also makes no suggestion a cardboard delivery box, for example, can act as a viral delivery device in real-world conditions.

The study primarily investigated the virus’s rate of decay across various environmental conditions. This rate is known as a half-life, and it records the amount of time it takes for 50 percent of virus particles to die. Understanding the virus’s half-life is fundamental to establishing effective public health measures, particularly in hospitals.

So, looking at stainless steel as an example, the study notes the median half-life of SARS-CoV-2 on that surface is about 13 hours. However, the virus didn’t drop below the threshold of detection for nearly three days, hence the ultimate conclusion it remains “detectable” for “up to two to three days.”

"The fact that you could identify a virus on a surface does not mean it is necessarily infectious," explained Mayo Clinic vaccine researcher Gregory Poland last week.

How long a particular surface remains infectious depends on a large number of environmental factors that simply cannot be evaluated easily in the single laboratory study. Light and heat, for example, can speed up the virus’s rate of decay. Plus, the ultimate duration of time a virus remains on a specific surface is determined fundamentally by how much of the virus gets on the surface in the first place.

As the American Association of Medical Colleges chief scientific officer Ross McKinney said to STATNews last week, “You have to get a certain level of virus exposure to be infected.” And this means a large enough volume of virus particles need to land on a surface initially for the surface to remain infectious for a significant period of time.

All this ultimately means is that the conclusive “detectable” levels noted in the new study may be scientifically accurate, but the data is not especially helpful for a person in the real world trying to establish how infectious different surfaces may be.

Copper, a notably anti-microbial material, demonstrated around a three-and-a half-hour half-life for the virus. Other half-life medians noted in the study include a little over eight hours for cardboard and 16 hours for plastic.

So, while it certainly is possible one could catch the virus from contaminated mail or a boxed delivery, it is very unlikely the virus could survive in large enough quantities throughout a delivery process. Speaking to Business Insider, infectious disease specialist Elizabeth McGraw recently noted if transmission via these kinds of surfaces were high we should have seen major international spread of the virus a couple of months ago.

“If we had transmission via packages we would have seen immediate global spread out of China early in the outbreak,” said McGraw. “We did not see that and therefore I think the risk is incredibly low.”

The aerosol data presented in the study has been another major cause for concern, with some suggesting it means the virus is potentially more transmissible through the air than previously thought. Again, this impression has somewhat been fostered by press releases stating, “The study suggests that people may acquire the coronavirus through the air.”

“Our results indicate that aerosol and fomite transmission of SARS-CoV-2 is plausible, since the virus can remain viable and infectious in aerosols for hours,” the published study concludes.

Otto Yang, an infectious disease specialist from UCLA Medical Center, points out the chasm between something being scientifically plausible, but also simultaneously very unlikely. In an expansive post discussing how many are misinterpreting this new study, Yang says the data in the research may be technically true but it can also be misleading.

“Their statement that aerosol transmission is 'plausible' is very misleading, although not technically false,” Yang wrote. “It’s like saying that winning the Powerball lottery is plausible ... yes, it can happen, and can even happen every time if you stack the odds by buying 292,201,338 tickets (every possible combination) in an experimental test. However, is that experiment relevant to real-world conditions? 'Plausible' doesn’t mean it happens.”

This new study certainly offers valuable scientific insights into how stable the novel coronavirus is on a number of different surfaces. However, the study also serves as a good indication of how our scientific process can sometimes be messy and confusing. As Otto Yang stresses, this is a perfect example of how science can be confusing to even scientists, and how expert debate is vital to understanding the torrent of information currently growing on this topic.

“It shows why expert analysis and debate is important, and why it’s critical to find expert consensus rather than trusting any single source,” writes Yang. “This explains why the media puts out stories that constantly contradict each other; they latch onto theories as they are published and state them as fact when they are still not confirmed or widely accepted.”