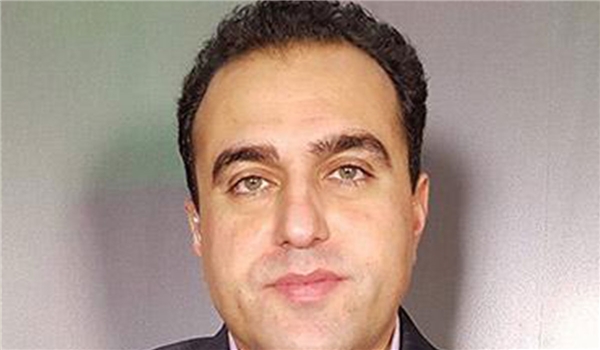 Speaking in an exclusive interview with FNA, Mahan Abedin said, “West’s attitude is entirely hypocritical as evidenced by their reaction in other situations […] the US never apologized for shooting down an Iranian airliner over the Persian Gulf in July 1988. In fact, it awarded the captain of the USS Vincennes, Will Rogers, with a medal.”

Mahan Abedin is an author, and analyst of politics in the West Asia. His strong think-tank background includes stints at the Washington-based Jamestown Foundation and the Institute for Defense Studies and Analyses in New Delhi. Abedin regularly appears on international broadcasting media, including the BBC, Al-Jazeera and Press TV.

Q: Iran admitted downing the plane unintentionally; however, the tone of statements on the plane crash by the UK and Canada was biting, and then, Trump’s Persian postings on his Twitter page to support illegal protests in Iran. How do you view the West’s approach towards the plane crash incident?

A: True to form, the West has tried to exploit the plane crash for political purposes. The West – specifically the Americans and the British – had two goals in mind. First, to distract attention away from Iran’s precision ballistic missile strike on US bases. Second, to overshadow the remarkable display of national unity and cohesion as demonstrated at Lieutenant-General Qassem Soleimani’s funeral.

Beyond that, the West’s attitude is entirely hypocritical as evidenced by their reaction in other situations where civilian airliners have been shot down by the West’s friends or by the West itself, as demonstrated by the INTENTIONAL shooting down of an Iranian airliner by the US over the Persian Gulf in July 1988. There was also the case of the shooting down of MH17 over Ukraine in July 2014. There is widespread speculation that the government of Ukraine shot down that plane (by accident) but Western propaganda has tried hard to frame pro-Russian rebels in eastern Ukraine as being responsible for the downing of the plane.

Q: Considering the sentiments grown after the Iran-US conflict, namely US’s assassination of Lieutenant General Soleimani and Iran’s retaliatory missile attack, do you view Iran’s admission of downing the plane (which was unexpected by its critics) as a step forward to boost its relations with the world?

A: Iran has demonstrated responsibility by admitting it made a mistake, and moreover Iran has promised to conduct a forensic investigation, in addition to compensating people for their losses. Under the circumstances this is all that Iran can do.

By contrast, in previous incidents where other states have shot down civilian airliners it has taken weeks if not months for them to own up to it. In the case of MH17, Ukraine has still not admitted its mistake. Admittedly there is a big dispute as to who shot down MH17, but the point being that whoever shot it down has still not admitted to it, more than five years after the incident.

Similarly, the US never apologized for shooting down an Iranian airliner over the Persian Gulf in July 1988. In fact it awarded the captain of the USS Vincennes, Will Rogers, with a medal. Rogers had ordered that two radar-guided missiles be fired at Iran Air Flight IR655, thus killing all 290 people on board. Therefore, clearly, the US is in no position to blame Iran in this situation, let alone try to harness political capital out of this human tragedy.

Iran has demonstrated to the world that it is a responsible country and that it will abide by all international laws, norms and regulations which pertain to incidents involving the accidental shooting down of an airliner. However, I do not believe that tensions with hostile countries such as the US and the UK will subside. The US and the UK are determined to ratchet up the pressure on Iran and they will exploit every opportunity to achieve this objective. Nor should incident distract Iran from pursuing the strategic goal it has set itself following the assassination of Lieutenant-General Soleimani, namely to drive US forces from the region.