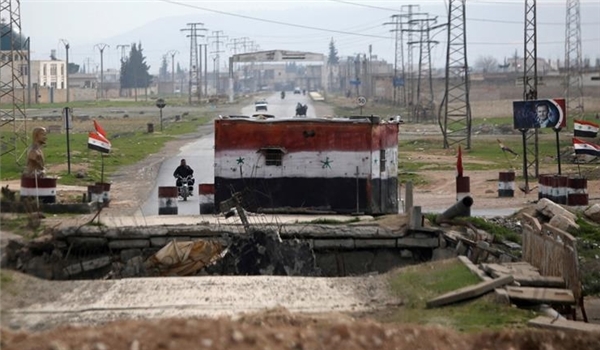 "The Damascus-Aleppo highway is officially open to traffic, and it is at the full disposal of citizens," the Syrian Arab News Agency (SANA) quoted the transport minister as saying.

Earlier, Syrian troops have swept through many of the remaining militant-controlled areas in Western and Northwestern Aleppo province, capturing strategic areas including the towns of Anadan and Haritan, previously used by militants.

Russia, Turkey and Iran are the ceasefire guarantors in the conflict-affected Syria. Moreover, Moscow regularly carries out humanitarian operations across the country and helps Damascus in providing safe passage for the return of Syrian refugees.

TEHRAN (FNA)- Argentines left their homes in droves as banks reopened their branches forming long lines that will do nothing to halt the advance of the Covid-19 coronavirus. [VIDEO]
﻿
﻿
Sections