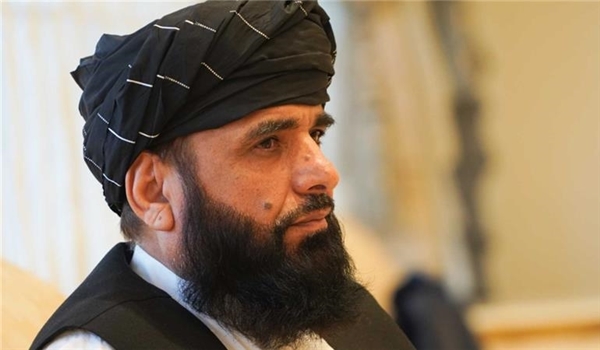 "Based on the agreement with the US, all foreign forces will leave Afghanistan and occupation will end. Also, no one will be allowed to use Afghanistan's soil against others," Shaheen wrote on his Twitter page on Saturday.

He added that the agreement between the US and the Taliban was completed after days of talks and it will be signed in Doha on February 29.

Shaheen noted that a number of delegations from different countries and the international bodies will participate in the ceremony as observers.

The Taliban said last Monday that a peace deal with the United States would be signed by the end of the month, with the top US negotiator describing himself as "cautiously optimistic" about the process.

Abdul Salam Hanafi, a senior Taliban leader and member of the political commission in Doha, Qatar, said in a video message shared with journalists that after negotiations, “both sides have initiated the final draft of the peace agreement. Now talks are concluded”.

Meantime, Afghan President Ashraf Ghani said that withdrawal of 4,000 US forces from his country would leave no impact on the security situation in Afghanistan.

Ghani made the remarks in a meeting with the Afghan army commanders on the recent agreement made between the Taliban and Washington.

"The opportunity created for peace is the result of the security forces' fight and resistance in the past two years and it prevented the Taliban group from attaining its goal," he added.

"Our position to end the war has created this opportunity that Taliban accepted to decrease violence," Ghani said.

TEHRAN (FNA)- A centenarian man in Qom defeated coronavirus and was discharged from hospital on Sunday. When leaving Forghani Hospital in Qom, Ali-Akbar Afshari, 100, thanked and prayed for the medical staff of the hospital. [VIDEO]
﻿
﻿
Sections