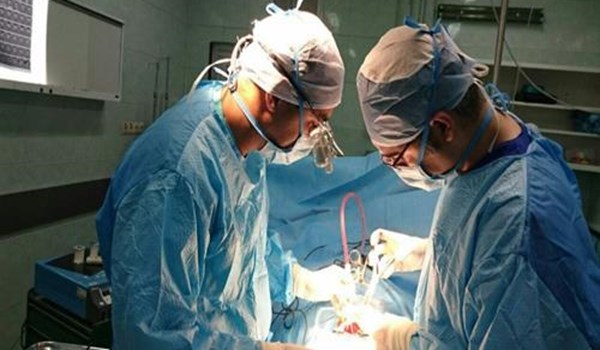 According to Reza Sharifi, the Executive Director of the 18th International Congress of Iranian Association of Oral and Maxillofacial Surgeons, the device was developed domestically by Iranian researchers, and uses computers to design surgical guides and produces them through the use of 3D printers.

“At the 18th International Congress of Iranian Association of Oral and Maxillofacial Surgeons, we focused on two key topics: ‘surgery with minimum side-effects’, and ‘the use of digital and cutting-edge technologies’,” he said.

“We are working to use cutting-edge technologies such as 3D printers in this field to improve both the precision of surgical procedures and minimize postoperative complications,” he added.

“We are the leading country in the Middle East in oral and maxillofacial surgery,” he maintained.

Aqajani said in a press conference that this 10-year-long study has two important results; first, a biomaterial was produced in the course of research which is a combination of ceramic and polymer, is identical to natural bone structure and can be used in 3d-printers. And the second achievement is the know-how to manufacture the required 3d-printers which was obtained through cooperation with several universities of technology across the country, he added.

To treat the patients using this technology, Aqajani continues, they need first to undergo some medical imaging so that engineers would be able to extract the detailed information and design the exact dimensions of the needed bone. Then, it will be printed and implanted in the patient’s body, he noted.

Up to now, five patients suffering from maxillofacial injuries and also another patient having foot problems have been treated using this technology and results of their surgeries are fully satisfying, he added.

In July, it was announced that Iranian researchers in Amir Kabir University of Technology had manufactured a robot which could assist the medical team in the surgery of beating heart in patients with cardiovascular diseases.

Iran had also in 2015 unveiled a surgeon robot named “Cenna” capable of carrying out surgical operations on patients from remote distances.