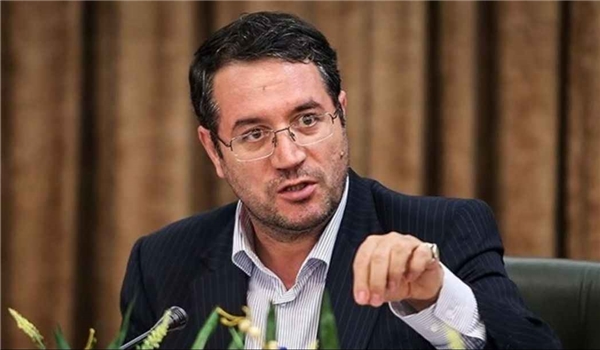 TEHRAN (FNA)- Iranian Industry, Mine and Trade Minister Reza Rahmani said that the country's proven mineral reserves are much larger than anticipated before.

Iran has a proven mineral wealth of around 50 billion metric tons, Rahmani said on Wednesday.

He added that discoveries carried out over the past few years had led to a significant increase in Iran’s proven mineral wealth which includes at least 60 different minerals.

Rahmani said that the discoveries had also proven that Iran’s mineral riches were much higher than previously thought, adding that the country has yet to tap into its vast reserves deep underground.

He said that most of the newly-discovered mines contain rich resources of copper, a precious metal which is mostly concentrated in areas in Southeast and Northwest of Iran.

Iran has seen a surge in its export of metals over the past two years despite a series of American sanctions that have specifically targeted the country’s trade of metals and raw mining products.

Iran’s Ministry of Industry, Mine and Trade (MIMT) announced in December that the country’s metal exports have jumped significantly in the first 7 months of the current local calendar year (March 21-October 22, 2019) showing Tehran’s economic strategies have outdone the US sanctions.

Amid Tehran’s efforts to broaden its access to new sources of hard currency at a time of increased American pressure on the oil industry, the MIMT said in a report that exports to China of major metals and mining products had reached a total of $1.568 billion in value terms between late March and late October this year, a surge of 150 percent compared to the same period in 2018.

The report said that the total value of exports of metals and mining products from Iran to various countries in the seven-month period ending on October 22, 2019 had stood at $4.631 billion, an increase of 6.16 percent year-on-year.