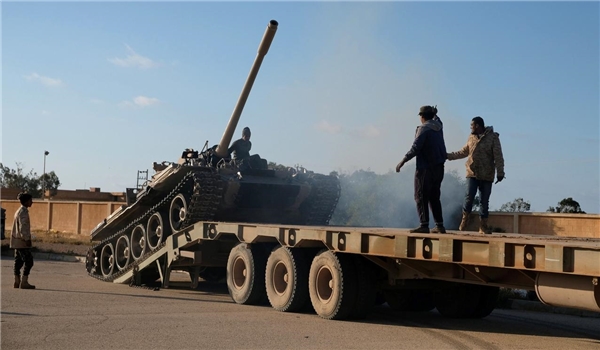 “The UN in Libya regrets that its regular flights that transport our staff to and from Libya have not been granted permission by the Libyan National Army to land in Libya,” said Dujarric, adding, “This practice has been repeated on several occasions in the past weeks.”

Haftar’s LNA, which is based in the East of the country, has since April been trying to wrest control of the capital, Tripoli, from the UN-backed Government of National Accord (GNA), in an offensive that has stalled on the outskirts of the city.

UN peace envoy Ghassan Salame has tried to mediate between Haftar and the Tripoli government, which are backed by a range of international players in a “three-track” approach covering military, economic and political efforts.

“The UN is very concerned that preventing its flights from travelling in and out of Libya will severely hinder our humanitarian and good offices efforts at a time when all the staff are working relentlessly to push forward the ongoing three-track intra-Libyan dialogue and to provide much needed humanitarian assistance to some of the most vulnerable conflict-affected civilians,” said Dujarric.

Since the ouster of late leader Muammar Gaddafi in 2011, two seats of power have emerged in Libya: one in Eastern Libya supported mainly by Egypt and the United Arab Emirates and the other in Tripoli, which enjoys UN and international recognition.