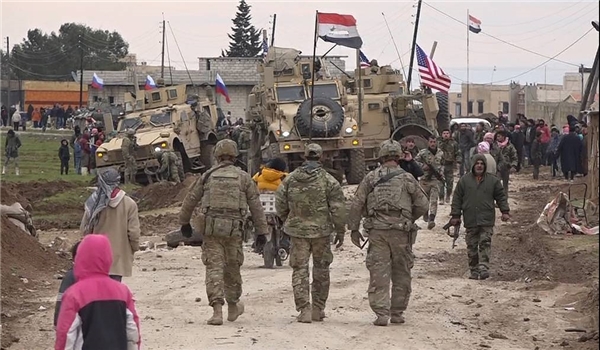 TEHRAN (FNA)- A 14-year-old boy was killed in the Syrian region of Al-Hasaka in a clash of US troops with local civilians, while another civilian was wounded, Major General Yuri Borenkov, the chief of the Russian Center for Reconciliation of Opposing Parties in Syria, said on Wednesday.

According to the general, "a conflict broke out [between the US service members and locals] triggering the US troops to open fire on the civilians with the intent to kill," TASS reported.

Borenkov pointed out that "one local civilian was wounded. Another - the 14-year-old boy Feisal Khalid Mohammad - was killed".

The Russian Center for Reconciliation of Opposing Parties in Syria explained that the conflict broke out after the US military convoy deviated from its route and was stopped by Syrian government units outside Harbat Hamo in Al-Hasaka Province at 10.30 am local time on Wednesday.

"Only thanks to efforts of the Russian soldiers who had arrived at the scene was it possible to avoid any further escalation of the conflict with local residents," Borenkov said.

According to the general, the Russian service members also helped to "ensure the exit of the US Forces’ convoy towards their base at the inhabited locality of Himo in Al-Hasaka Province".

The Russian reconciliation center continues to fulfill assigned tasks after the completion of the military campaign in Syria.

The center’s officers regularly travel around the country's liberated areas to assess the humanitarian situation. The main efforts of the Russian military are now focused on assistance to the refugees returning to their homes and evacuation of civilians from de-escalation zones.