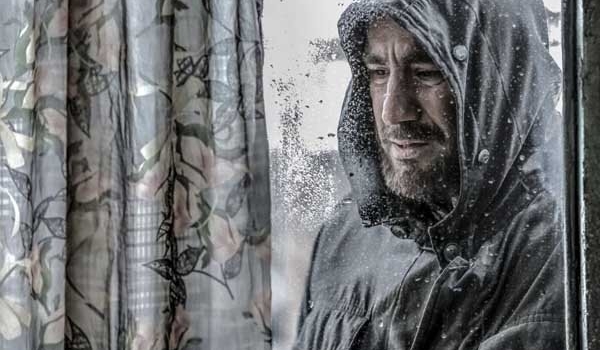 A sum of 24 handpicked films from some of the most inspiring Iranian filmmakers who, according to the event's organizers, "explore the meaning of deliverance – each in their own way" were showcased at the 9th ÍRÁN:CI in Prague, Czech Republic.

‘Rona, Azim’s Mother’ centers around Azim (Mohsen Tanabandeh), an afghan refugee, who lives and works in Tehran along with his family. Being the head of the entire family and as the eldest brother, he arranges for his brother Faroogh, and his family along with their mother to be smuggled into Germany. But at the last moments, Faroogh shamefully makes his decision known to Azim that he's not going to take their mother who is very attached to her grandchildren. Azim who feels lonely and is furious, accidentally finds out that his mother is in dire need of a kidney transplant, otherwise she'll die in 2 months. He has to choose between his own life and his mother's whom he has always claimed as the most important one in his life.

The Iranian feature had previously won the Ecumenical Jury Prize at the IFF Mannheim-Heidelberg 2019, the Cultural Diversity Award under the patronage of UNESCO at the 13th Asia Pacific Screen Awards, as well as the Kim Jiseok Award at the 23rd Busan International Film Festival, and the best film award at the 2019 Sama Film Festival in Sweden.

Mirkarimi's 'Castle of Dream' is about a 42-year-old man, Jalal, who murders a family in a car crash. The murder, however, is considered as involuntary manslaughter in court.

‘Castle of Dream’ has won three top prizes in its first international screening at the 22nd Shanghai International Film Festival in China, including the Golden Goblet prize for best film, best director prize for Reza Mirkarimi, and the best actor award for Hamed Behdad, which he shared with Chang Feng for 'The Return' (China). It also recently won the best director and best feature awards at the 13th Batumi International Art-House Film Festival (BIAFF) in Georgia.

The ninth edition of ÍRÁN:CI opened with ‘Castle of Dreams’ in Prague on January 15 and wrapped up in the Czech Republic capital on January 19. The festival will continue with its screening program in another Czech city, Brno, on January 21-22, then in Košice in eastern Slovakia on January 23-25, and finally in Bratislava, the capital of Slovakia, on January 30-31.

TEHRAN (FNA)- A union organization warned against rising poverty as a report suggests the young and low-paid will be worst affected by business shutdowns during the coronavirus crisis.
﻿
﻿
Sections