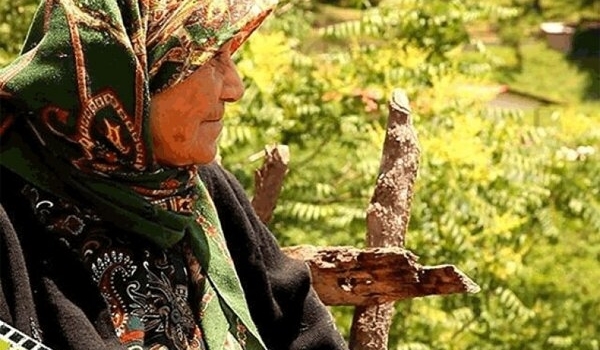 TEHRAN (FNA)- Iranian documentary film titled ‘Beloved’, directed by Yasser Talebi, along with three other Iranian titles, has made its way into the Spiritual Film Section of the 18th Dhaka International Film Festival in Bangladesh.

The ‘Beloved’ film has been one of the most successful Iranian documentaries in the past year, taking part in several notable film festivals such as Hot Docs, IDFA, and Berlin, and winning several awards such as Best Documentary at Sole Luna Doc Film Festival in Italy, and Best Cinematography at the Symi International Film Festival in Greece.

'Beloved' follows the life of an 80-year-old mother named Firouzeh who is fond of her isolated lifestyle in nature with her cows. The film shows her kind and loving character and demonstrates her bravery and strength tackling the hardship of life in the Alborz Mountains without the modern comforts of technology. She believes happiness lies in the simplicity of life.

Other Iranian titles selected for the Spiritual Film Section of the 18th Dhaka International Film Festival are 'You Went On With Your Dying' by Amin Ghashghaiyan Razi;  'The 23' by Mehdi Jafari; and 'The Feast of the Goat' by Saeed Zamanian.

The 18th DIFF will be held on January 11-19, 2020. The general theme of the festival is ‘Better Film, Better Audience, and Better Society’.

DIFF aims at creating a better understanding of the films of the world in an atmosphere of appreciation of the film culture and to move towards excellence of the motion picture art and industry, according to the event’s organizers.

TEHRAN (FNA)- Argentines left their homes in droves as banks reopened their branches forming long lines that will do nothing to halt the advance of the Covid-19 coronavirus. [VIDEO]
﻿
﻿
Sections