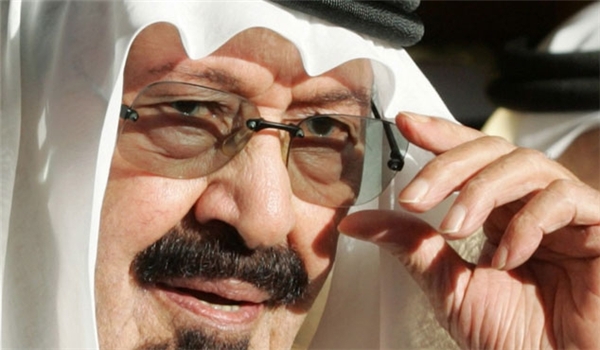 TEHRAN (FNA)- The documents released by the Yemen Cyber Army after it hacked the Saudi Foreign Ministry in May show that the late Saudi King Abdullah bin Abdulaziz had strongly opposed formation of an Arab military coalition against Syria and informed his defense minister - who succeeded later to the throne - to avoid any such move.

According to one of these documents, the current monarch King Salman bin Abdulaziz was informed of King Abdullah's opposition to any such direct military intervention in Syria in a letter dated February 7, 2012. 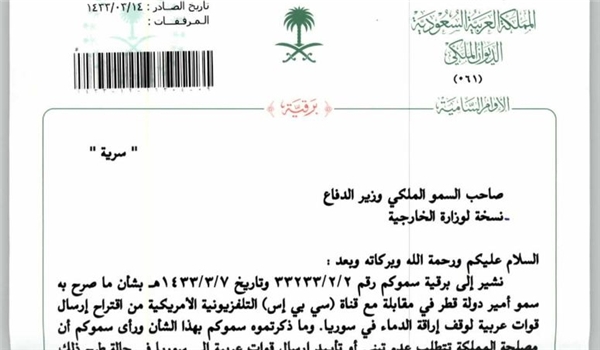 Cick on Image to Enlarge

"Re telegraph 2/2/33233 dated January 21, 2012 on the Qatari Emir's proposal during the interview with the CBS channel for sending Arab forces to Syria as well as your view that dispatch of Arab forces to Syria, even if raised and approved in the Arab League, shouldn't be endorsed (by Riyadh), I hereby express my agreement with your stated view," the letter said.

The letter reveals several points one of which is contradiction in King Salman's military policy then and now. In 2012, both he and the former King didn’t agree with deployment of Arab forces in Syria, but now that he has ascended to power, he has formed an Arab coalition to intervene in Syria under the pretext of war on terrorism.

The second point is the big contradiction between the policies adopted by the late king and the current system ruling Saudi Arabia.

The letter was written at the end of the first year of crisis in Syria when Qatar was tasked by the US to lead the moves for toppling the Syrian government and King Salman's opposition to the Qatari Emir's proposal could have been resulted from his fear of Doha being at the forefront of the campaign to overthrow the Syrian government. The dossier to topple Bashar Al-Assad's government was handed to Riyadh two years later.