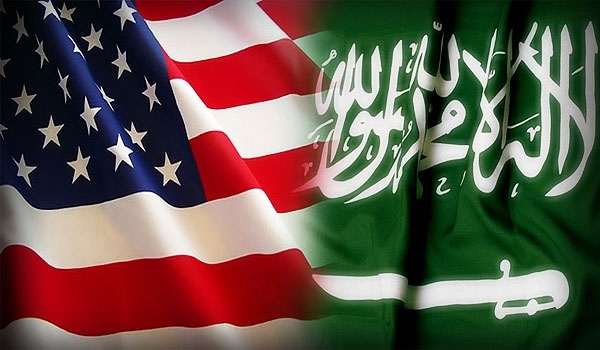 TEHRAN (FNA)- The documents released by the Yemen Cyber Army after it hacked the Saudi Foreign Ministry in May show that Riyadh has persuaded the US to place more Iranian IRGC commanders under its sanctions list.

According to one of these documents, Mostafa bin Mohammad Habib Kowsar, the director-general of the Saudi foreign ministry for Asian States Affairs, in a letter to the deputy head of the ministry's department for bilateral relations has stated that he has received a telegraph from Khalid al-Tuwaijri, the Chief of the Royal Court of Saudi Arabia under King Abdullah, informing that Riyadh has come to realize changes in the IRGC's chain of command. 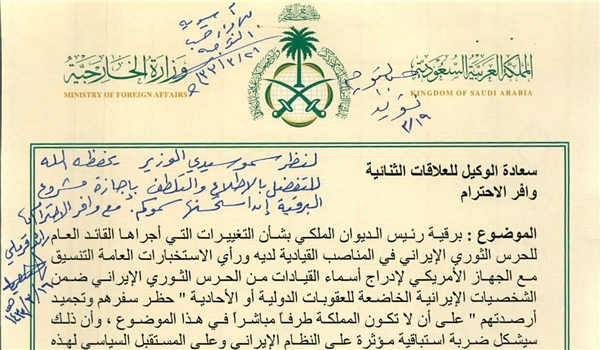 According to Kowsar's letter, Tuwaijri has proposed in his cable that the names of new IRGC commanders be added to the list of those Iranians who had been sanctioned internationally or unilaterally by the US which would lead to their travel ban and freezing of their assets.

The cable has also warned that Saudi Arabia doesn’t want to play an overt role in this regard and the information should be presented to the US officials secretively.

Kowsar has reminded in his letter that the measure will hit an efficient and preemptive blow at Iran and the political future of these new IRGC commanders, and will send them a direct message to caution them that they are under international scrutiny.

Kowsar also says that Tuwaijri wants the Saudi foreign minister to be informed of what the intelligence agency has proposed.